These were some of its basic features. Let’s discuss the top 8 features now:

There are major changes in the Magento 2 file structure. Everything is placed under the app structure. Every module has its own directory in which you can easily access all the templates, layouts, js, CSS/fewer files of a specific module. This is definitely a big help for the module developers as they can have more opportunities for custom without changing its core site.

There are four types of directories in Magento 2:

In Magento 1.x, core/text is used to serve as a structured book. Magento 2 now introduces a new concept of container wrappers. The containers contain blocks and render all the children. Organizing blocks will now be more intuitive by just moving the blocks and easily define the sections in an easier way.

Magento 2 no longer uses BootStrap. Instead, it uses own less and CSS in theme core. It has the publisher to find and publish CSS together with overview static files filed under the pub and directory. The publisher also supports preprocessing of files that have to be published using some preprocessors.

It’s a flexible modular Magento library that employs a set of mixins for base elements and also helps to ease theme development and its customization. Its key features include:

Magento Library helps its users to customize every element mentioned below:

There is some improvement needed in performance and scalability in Magento 2 that include:

The prototype used as the main library javascript of Magento because jQuery was not stable enough. jQuery has now replaced prototype, as the demand for Magento type increased. Magento 2 only supports one Javascript framework, ie., RequireJS, which means there will be less Javascript conflict in Magento 2 compared to Magento 1. 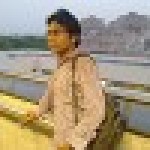 One thought on “Top 8 Features of Magento 2”